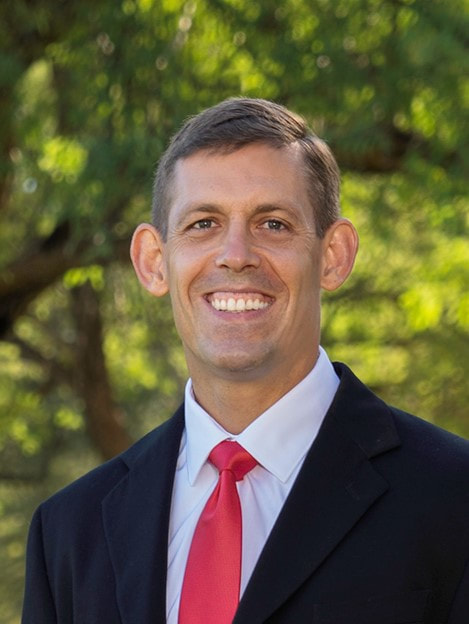 Dr. Brimhall was born and raised in Bagdad, Arizona.  He is the fourth child of nine (3 brothers and 5 sisters).  He is an Eagle Scout in the Boy Scouts of America and continues to actively contribute to the Boy Scouts of America.  Dr. Brimhall spent two years in the Canary Islands, Spain on a mission for his church.  During this time, he was privileged to serve with the Red Cross, providing aid to Liberian and Nigerian refugees.  Describing his experience, "Having been born and raised in a small, Arizona mining town where everyone knew everyone else, it was indescribable to interact with people who had just disembarked from a ship, not knowing where in the world they were and only having the clothes on their back as their sole earthly possession.  Many described unspeakable acts of terror and violence.  It was immensely rewarding to help them in any way possible.  This really changed the way I saw the world."  This experience helped to lay the course of Dr. Brimhall's life.  Following his volunteer service in Spain, he attended The University of Arizona, majoring in microbiology.  He graduated at the top of his class, Summa Cum Laude, and received the Outstanding Senior Award in the college of microbiology.  Following completing his studies in Arizona, Dr. Brimhall attended Oregon Health and Science University School of Dentistry, where he also excelled, graduating with honors and becoming an Oregon Merit Scholar.

Dr. Brimhall worked in Public Health for a number years providing care to under served populations.  He has felt very fortunate to be able to carry on the tradition of excellence set by his predecessor, Dr. Russell J Weed.